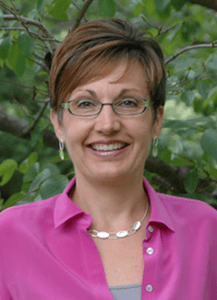 The Power of Sharing Your Fears: Words From a Sufferer

One of my clients wrote about the freedom she felt when she finally got the courage to share her OCD themes with her family. This is what she would like to share with you:

There is a profound vulnerability that comes with sharing your fears with other people. As someone who has dealt with OCD her whole life, perfectionism and the fear of being a flawed human being has always seemed to be the root of my obsessions. Did I say this right? Did I do this right? However, when unwanted and intrusive thoughts began taking over my brain, the shame and guilt I felt from having them was enough to keep me silent about the internal battle I was fighting.

If you had told me months ago when I began experiencing unwanted and intrusive thoughts that telling those I love most about them was the answer to beating OCD, I would have likely scoffed at the idea, refused to say anything, and continued internalizing the struggle (as I so often do with OCD). When it came time for me to tell my family, I soon realized that it was not so much about my family knowing so they could be privy to what I was going through and the therapies I would be doing. It was for me; there is power and a sense of freedom in being honest with yourself.

When the time came, it was hard to tell my mom… even harder to tell my dad. I was worried about all of the things that might start going through their heads. Is my daughter troubled? Is this more than just OCD? Is she a threat to society? However, something incredible happened when I finally (with help of my counselor) worked up the courage to tell my parents what I was dealing with; they were unphased. More importantly, they assured me that these were just thoughts that OCD was putting in my head and that they were no reflection on me as a person.

As the days followed after telling my mom and dad what I was struggling with, I began to feel a sense of peace wash over me. That, coupled with the exposure therapies I was practicing, finally made me feel as though I was “chipping away” at OCD.

OCD will shame you into silence by making you feel like a horrible person because silence and internalization is what gives OCD power – these are the places where OCD lives its best life. However, by sharing your struggles with others, OCD becomes weaker and weaker and, eventually, that voice in your head making you feel bad about yourself is no longer a loud boom, but a quiet whisper that is easily ignored and, sometimes, even laughed at.

OCD will make you think that you can’t be open and honest about the thoughts it is feeding you. I am here to tell you that you can, and you should. By doing so, we not only chip away at the power OCD has in our own lives, we give others the courage to do the same. -SCG

To learn more about how to treat anxiety and OCD, go to www.anxietytraining.com.